Want to talk to one of our specialists?

Crimea the Oil and Gas Story – via Rigzone 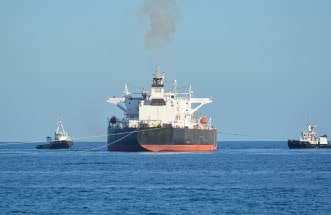 Crimea: the Oil and Gas Story

The recent annexation of the Crimea region could land Russia with substantial Black Sea gas and oil resources off the peninsula’s southwest and east coasts.

Russiaâ??s annexation of the Crimea region of Ukraine is the most significant geopolitical event to occur in Europe in a generation. Not since the Kosovo crisis in the late 1990s has the North Atlantic Treaty Organization (NATO) deployed its forces in response to aggression, although this time around NATO is potentially facing a larger and far more technologically-advanced foe than Serbia.

NATOâ??s recent deployment of troops and materiel to Poland appears to be more a show of the organizationâ??s strength and commitment to its members in the region rather than the beginnings of a conflict.

That Russia has been willing not only to provoke the ire of its partners in the European Union and the United States, but also take the risk (albeit a small one) of a military engagement with the West begs the question of why the Crimea region is so important to it.

Naturally, strategic analysts point to Russia wanting to maintain its sphere of influence in the Eastern Europe region â?? particularly over the countries that neighbor it. And, of course, every good schoolboy historian knows that Russia throughout history has always been very keen to acquire and hold onto â??warm waterâ? ports, such as Sevastapol â?? which is on the southern tip of Crimea and is home to the Russian navyâ??s Black Sea Fleet.

Yet, plenty of commentators on the current situation point to another key factor about why Crimea might be attractive to Moscow: oil and gas.

As it happens, Crimeaâ??s oil and gas resources could be significant.

To start with, the Skifska license block â?? which lies to the southwest of Crimea in the Black Sea â?? is estimated to hold up to 8.8 trillion cubic feet in natural gas and condensate resources (source: Ukrainian Government).

Royal Dutch Shell plc and Exxon Mobil Corp. were chosen in August 2012 by the Ukrainian government to lead the development of the block, with exploration due to begin in 2015 [source: Ukrainian Government]. However, Shell pulled out of talks about developing Skifska in January while ExxonMobil said in early March it was putting its involvement in the project on hold.

The Skifska development â?? which Exxon Mobil believed capable of producing 177 billion cubic feet of gas per year â?? had been a key project that the Ukrainian government hoped would help give Ukraine some measure of energy independence from Russia.

The question now is whether Skifska remains a Ukrainian asset or if Russia could simply declare it a Crimean (i.e. Russian) asset. And there have been noises suggesting that Crimean oil and gas assets should now be managed by Russian companies, with the speaker of Crimeaâ??s Moscow-backed parliament telling Russiaâ??s RIA news agency in mid-March that Russian companies such as Gazprom OAO should be involved in Crimeaâ??s oil and gas production.

Meanwhile, there is also potential to explore and develop resources off the eastern coast of Crimea. In November, Italyâ??s Eni S.p.A. said a 540-square mile area it had signed up to explore, located in the eastern part of the Crimean peninsula, â??offers signification explorationâ?.

The area includes a license for the Subbotina block, where an oil discovery has already been made, as well as licenses for the Pry Kerch block, where several oil and gas prospects have been identified.

Eni had been made operator of this eastern Crimean area with a 50-percent stake, while other partners included EDF (5 percent) and Ukrainian state-owned companies Vody Ukrainy (35 percent) and Chornomornaftogaz (10 percent). However, in an interview with the Financial Times in late March, Eni CEO Paolo Scaroni said that the companyâ??s plans to explore for gas in the Black Sea off Crimea are now on hold.

How this plays out remains to be seen, but the recent nationalization by Crimea of Choromornaftogaz (which had been a subsidiary of Ukrainian state oil firm Naftogaz), along with the arrival of a team of Gazprom executives at its head office in mid-March, could be seen as a sign that any gas found in eastern Crimea will now end up in Russian hands.

Your email address will not be published. Please enter your name, email and a comment.

We are fundraising for Cancer Research UK and we would love your support. If you have a UK mobile please text PGGL77 to 70070 followed by your donation amount. If you live outside the UK please click here and donate through our fundraising page.